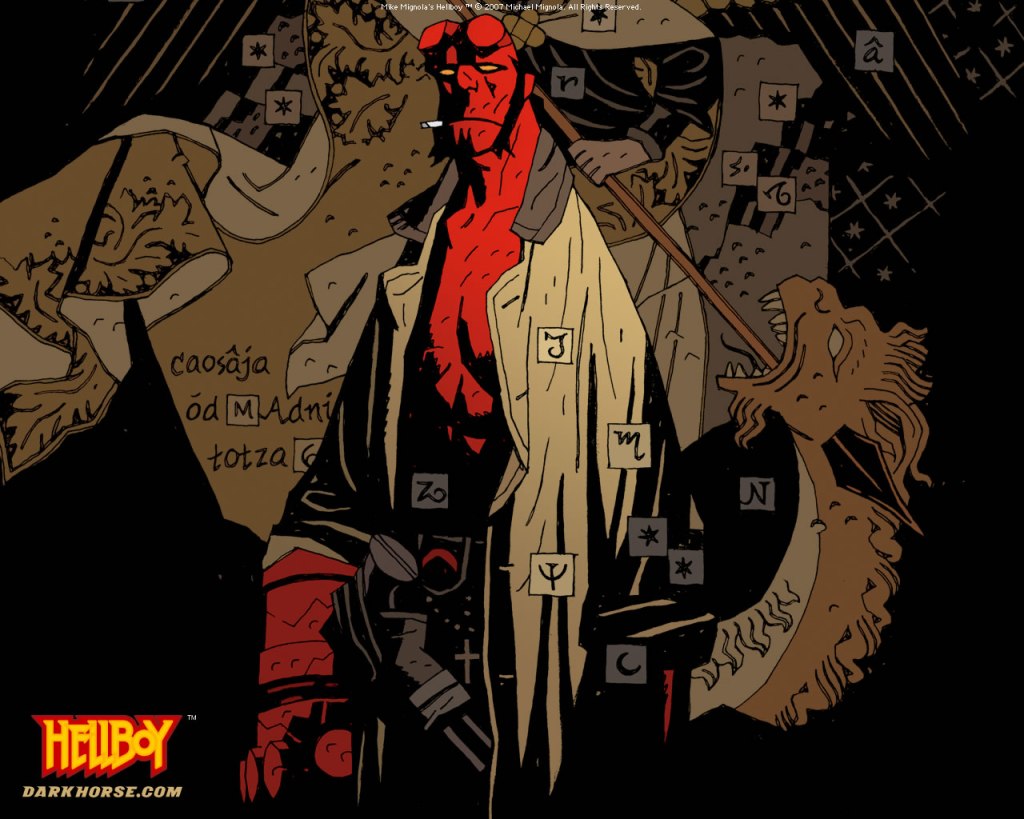 That’s right, the big red guy himself. Created by the incomparable Mike Mignola, we have the monster who fights monsters, and other things that go bump in the night.

Brought to earth through a hellish portal when a small youth in Germany, adopted by the Allied forces during the Second World War, and raised to be the scourge of hangovers and drooling monsters everywhere, Hellboy is simply great pulpy fun. He’s a red demon with horns (though shaved off as close to the head as possible), a right hand of doom, long tale and hoofed feet, with a big gun and a big heart hidden deep under a thick veneer of bravado. He once saved the world, though destined to destroy it.

I picked up the original comics early on and fell in love with the character, stories and art. I had always thought Mignola had a unique style when he filled in on an X-Men comic, but it wasn’t until Hellboy that I realized his true calling. He was born to draw monsters and shadows…lots of shadows.

The character has spawned two movies that are most excellent. Hellboy is brought to vivid life by Ron Perlman and Guillermo Del-Toro. Too bad it looks like we will never get the promised third movie.