Moby Dick or The Whale by Herman Melville: Another true classic. I have the 150th Anniversary Edition in paperback. This is a large book but it takes many pages to contain the sea and a singular quest to kill the elusive white whale. Ahab is one of the great characters in literature and has been reimagined innumerable times in various media. It has been a while since I have tackled reading the novel and will have to break it open again soon to feel the salty spray of the sea and serve under Ahab’s command once again. If you haven’t read it, read it.

One for the Morning Glory by John Barnes: It was an old saying in the Kingdom that “a child who tasts the Wine of the Gods too early,is only haf a person afterwards.” With that first sentence, we are brought into a magical story of Prince Amatus who truly was only half a person afterwards. If you are a fan of The Princess Bride (and who isn’t) then you will love this fantasy novel that hits some of the same notes while telling a completely different story. It may be hard for you to track a copy of this book down but if you do, you will not be disappointed. 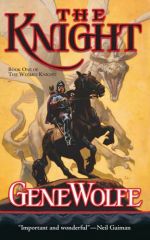 The Knight and The Wizard by Gene Wolfe: There are few writers of fantasy like Mr. Wolfe. These are two novels that contain one story of a young man in his teens transported to a magical realm with seven levels of reality. He is also very quickly transformed by magic into a grown man and sets out on a quest to find a sword promised to him. He hopes to become a knight and a true hero in doing so. A journey of growth in more ways than one. The prose is wonderful and the story is magical, as any boy’s tale should be. 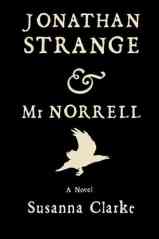 Jonathan Strange & Mr. Norrell by Susanna Clarke: This is a fabulous book. I have heard it being referred to as the grown up Harry Potter and that could be true to a point. This is a tale set in 1806 England when practical magic had faded deep into the past and a war rages. One practicing magician still remains; the reclusive Mr. Norrell. However, soon there is a challenge from another magician and novice; Jonathan Strange. The two become teacher and pupil, friends and enemies when a dark and powerful threat emerges that entices Strange with the wildest and most reckless forms of magics. This is a tome of a book and could knock out a burglar if thrown to his head., but it is worth the read. I believe that BBC is making a mini series adaptionsof the book and can only foresee them falling short of the written page. Do yourself a favor and don’t read the cliff notes.